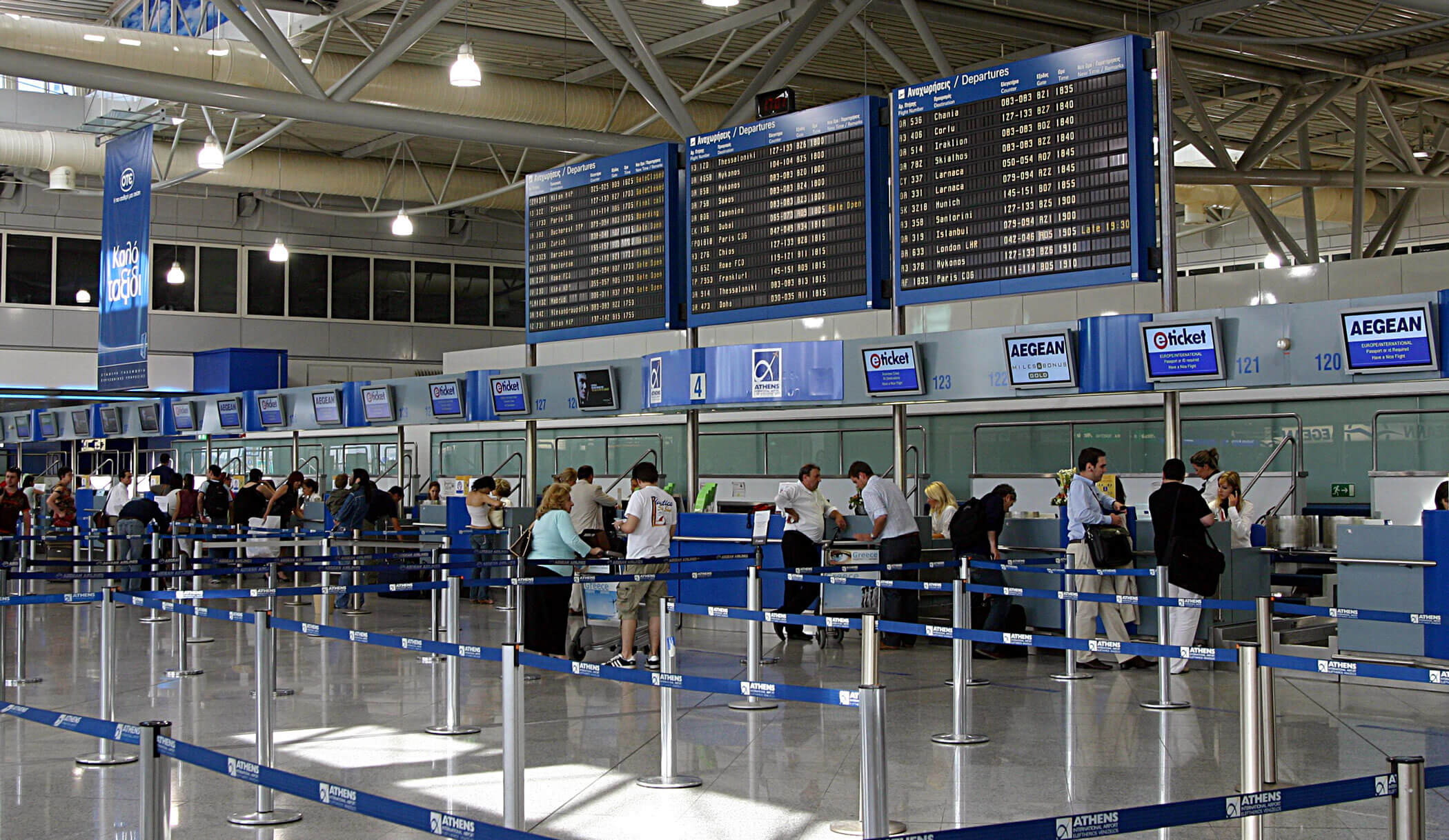 Search for air tickets from or to Athens airport, through the flights booking form of petas and get the best rates for your trip to Athens!

Unlike most major European cities, Athens has only one airport for both domestic and international flights. The Athens International Airport is named after Eleftherios Venizelos, one of the most important politicians of the 20th century in Greece. The airport code for Athens is ATH and the airport is located in about 35 kms away from the centre of Athens.

Most flights to Athens airport are operated by Greek companies, such as Aegean, Olympic and Astra, while some of the most famous European carriers offer daily flights to Athens. Athens air tickets companies provide flights to Greece and major European and world destinations. Among the most popular international carriers are British Airways, AirFrance, Emirates, RyanAir, Alitalia, Easyjet, Delta, American Airlines, Iberia, KLM, Lufthansa, Qatar Airlines, Swiss, Turkish Airlines, United Airlines, Volotea. A full list and more useful information about the Athens Airport can be provided on its official website www.aia.gr.

Air tickets to Athens can be purchased online, while making a check-in prior to the arrival at the airport is also a useful suggestion.

As in every airport of the European Union, safety checks are strict and a lot of your belongings may not be eligible to be carried during your flight. Upon making your flight reservation print your air ticket and check all the restrictions and embarkment instructions to make sure that you will not have to leave one of your precious belongings at the boarding check gates.

Hundreds of flights are operated every day to Greece or to various cities of Europe and the world. Book now your air ticket to Athens and begin planning a unique experience trip through the tips and info on Travel to Athens!

The most important airlines traveling to Athens or other parts of Greece are Aegean Airlines and Olympic Air. In fact, the two companies have been merged and share their flights and destinations. Athens air tickets can be purchased by both companies for the mutual flights. Aegean Airlines has been awarded several times as the top regional airline of Europe and features new aircrafts and high rankings in passenger satisfaction. On the other hand, Olympic Airlines was the historic Greek national carrier and now serves mainly the small destinations and airports of the Greek territory.

Use our free Athens Trip Planner to create your custom trip itineraries in Athens! Get your own trip calendar, book and add easily your tours and share it with your co-travelers.
Find out more about Hotel Marketing.
Loading… 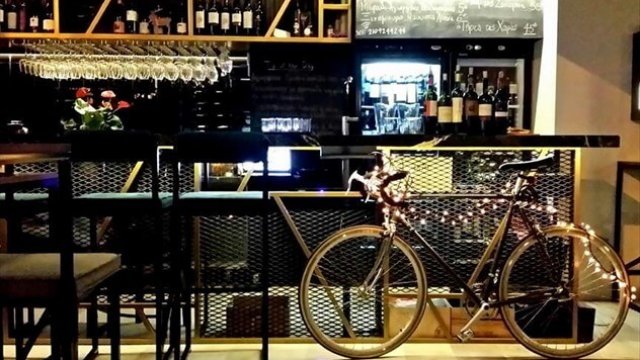 Four friends with a common love for good wine and the pleasure it can bring created Bobo and all they wanted was a place that emphasizes in good wine and good company. 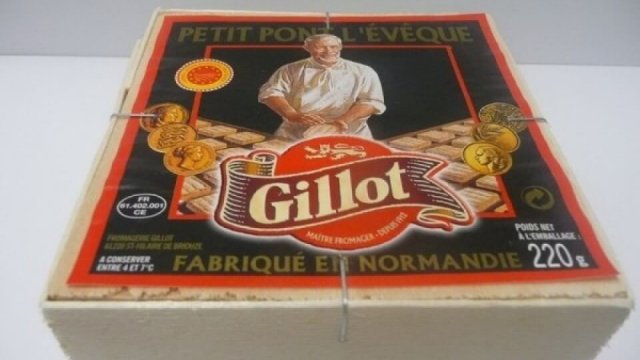 Since 2006 Provence deli specializes in the selection and distribution of superior quality artisanal cheeses and sausages and also other high-quality products from different areas in Greece and Europe. 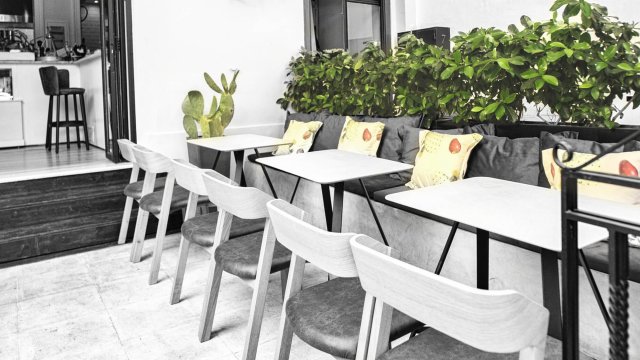 The new entry in Athenian restaurants is Seven Cactus located in Koukaki area. A funky, happy place with delicious greek recipes regarding street food and quick snacks full of creativity and flavor. 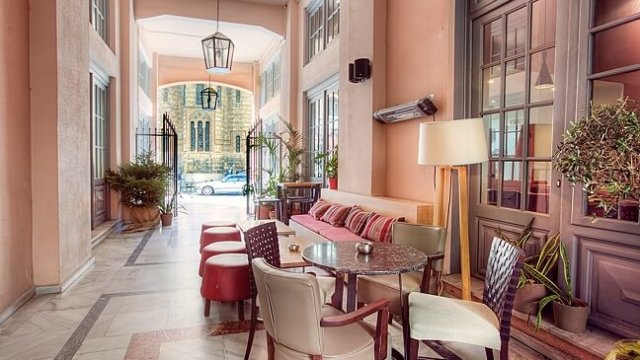 Taste Greek and international recipes that are the perfect pair to wine, coffee, beer, juices and spirits, every day, from early in the morning till late at night. 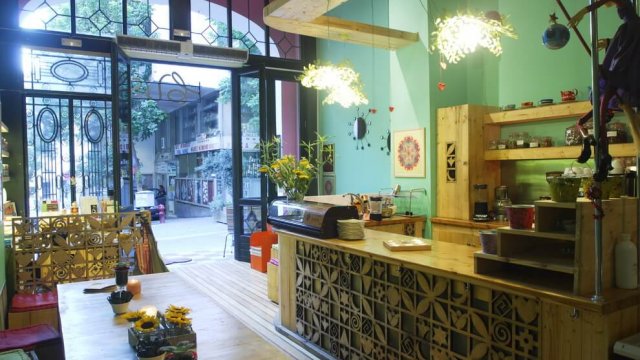 Pure Bliss in the center of Athens is one of the most beautiful café-restaurants downtown with international cuisine, where apart from coffee and delicious recipes you can buy Greek and international products. In the relaxing and colorful atmosphere, with beautiful ethnic details and wooden tables, you will enjoy special recipes from morning till night and special brunch. Try biological coffees, delicious herbal tea, healthy smoothies, pizza and homemade pies, hearty sandwiches and falafel, wrap tortilla in tasty combinations, salads, thai style chicken with thai sauce of coconut milk & basmati, pad thai with shrimps, vegetables & glass noodles (gluten-free), black tagliatelle with spinach, fennel, smoked salmon and soy cream, causa rellena peruvian appetizers with chicken, avocado and mashed potatoes and other daily culinary surprises. Pure Bliss is the ultimate meeting point for relaxation and pure flavors from around the world but is also a popular choice for weekend brunch in the center of Athens. 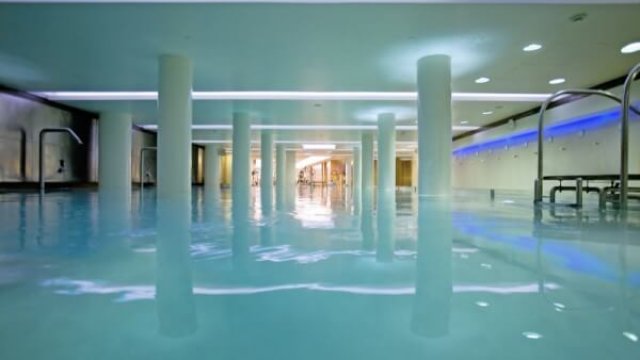 Stay in a Hilton Athens hotel Guest Room and you’ll enjoy extraordinary five-star style and sophistication, as well as a wealth of convenient amenities. 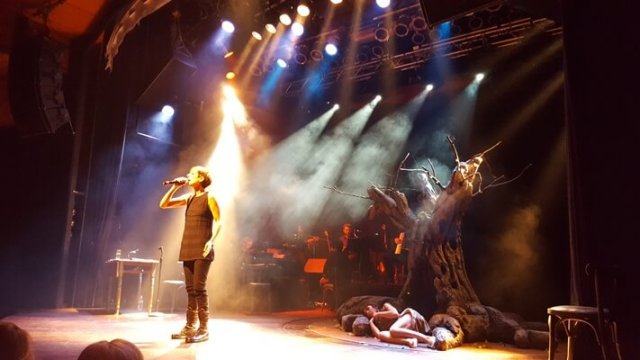 Gialino Music Theater was established as one of the most important places in Greek music scene. It was adored as the most favorite place that can host better a guest, that dared to host the most popular international performances of the world. 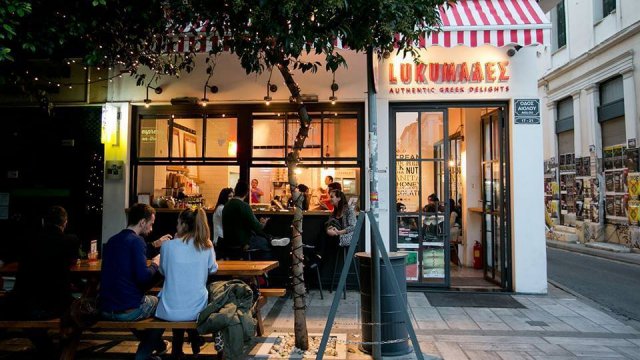 The main goal is your total satisfaction and memorable experience in all your visits at the store. The team is working hard to maintain the high quality of our products, while providing prompt service and endless fun! 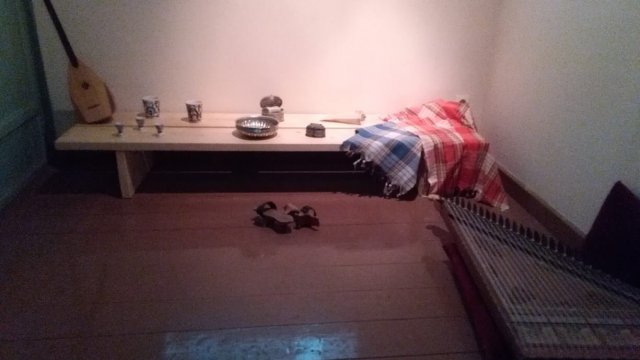 The Bath House of the winds is the only public bath of Athens surviving at the present days and is now the property of the Ministry of Culture and Tourism.

The Bath House of the winds 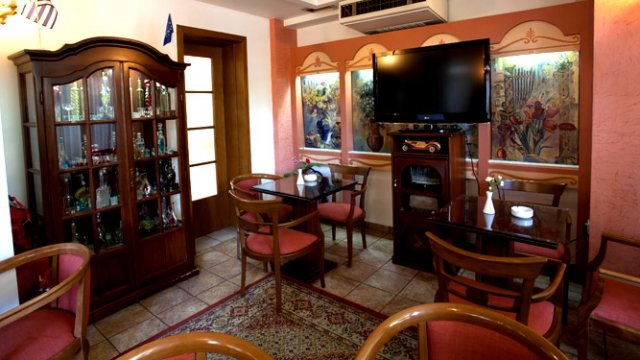 Our hotel is located in one of our city’s most central locations, on Karaiskaki Square, next to the Metro (Metaxourgio station) and very close to Larisa train station. 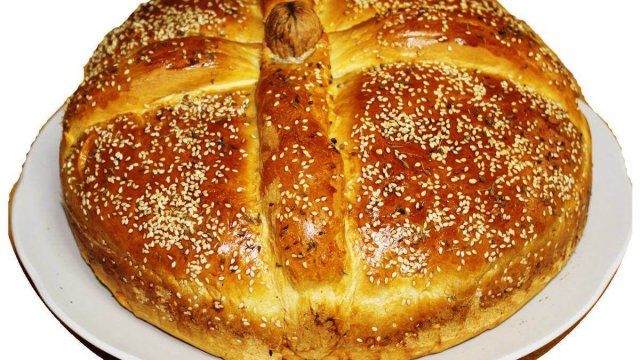 Sahinidis Bakeries create their products guided by the commitment to produce and sell products made from pure ingredients that are beneficial for the human organism, respecting consumers’ health.